Investigation of Paranormal in Alaska

He is known by many names in Alaska, yet the elusive "Hairy Man" is sighted here frequently. He is not alone, many strange and unusual creatures flourish in our vastly spacious, sparsely populated, "Land of the Midnight Sun."

We at IOPIA get reports of massive lake monsters to dog-like Glacier Devils and everything in-between!

If you have spotted an unidentified animal, creature or living oddity in Alaska, we want to hear from you!! Please fill out a report form below.

We proudly present to you the finest, the most information and the largest list in the world on Alaska's Cryptids and Strange Creatures!!

Kushtaka are mythical creatures found in the tales of the Tlingit and Tsimshian Indians of Southeastern Alaska. Loosely translated, Kushtaka means, "land otter man." They are known both for luring and killing sailors and children in addition to saving people from freezing to death by turning them into Kushtaka.

Getting detailed information on Kushtaka is not an easy thing to do and there is a reason, in Tlingit legend, uttering the word Kushtaka or telling stories involving Kushtaka was believed to be bad luck and likely to bring the Kushtaka to you.

We do get reports here at IOPIA on occasion of sightings of Kushtaka!

The name of Sedna, also known as Nerrivik here in Alaska, is not a well known one. She comes to us from Inuit lore, is Mermaid-like in nature and said to have the body of a seal with a woman's head.

Sedna beneath the cold waves rules the creatures of the sea from Adlivun, the Inuit underworld.

Fact: There is a planetoid on the edge of our solar system also named Sedna in honor of the Inuit goddess.

He is known by many names here in Alaska and globally. Yet the most famous of all mysterious creatures has never been proven to exist. We at IOPIA are dedicated to studying and investigating every Alaskan report to find the truth. Native legends abound with stories of such a creature roaming "The Great Land." The Alaska Hairy Man has his own webpage here.

IOPIA was the first paranormal team to collect and bring reports of these massive cats sighted in Alaska to the strange creatures list on the internet. Stories of sightings are as rare as the Alaska "Hairy Man" sightings. Mountain Lions and Panthers have been spotted and reported sparsely for years, although some claim they are just a myth. We at IOPIA aren't so sure and have reviewed some very credible reports. 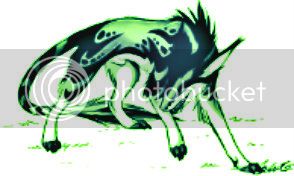 What are Glacier Devils? This question is becoming more popular. Alaska is the only place in the world where they are reported and even not that well known to most Alaskans. IOPIA was the first to bring these creatures to the internet.

Glacier Devils are NOT called "Glacier Demons." There is no such thing as Glacier Demons reported anywhere in the world. It seems some think they are now demons which is not the original case nor described in the reports we retain here at IOPIA.

The Devil Creatures are described as 4' tall with claw-like fingers and bodies that were covered in hair, they did not look like a man or monkey. From the reports here, they more resemble somewhat like a Tasmanian wolf. It is the closest known animal that we could compare with descriptions we have received over the years here at IOPIA.

An IOPIA original, this creature we started to get reports about in 2010. Strange unidentified noises, feelings of being watched on trails and a report of a dark figure seen near the gate of the park. Strange creature-like scratches that appear on park visitors with no explanation. If anyone has more information or has also experienced like instances in Kincade please fill out a report with us here.

Little People are said to be 2-4' tall and were banished to live in cliff sides and deep underground. From reports here at IOPIA, tracks are stated as 41/2" to 5" long and appear relatively human.

Many get confused about the different types of Little People reported or the many names attached to them from various parts of Alaska, here is the break down.

Imanauraqs- as they are known on the North Slope. Here they are said to wear old Eskimo clothing, live underground or in small villages of sod houses. From reports they are said to speak in a very old dialect of the Eskimo language and are incredibly strong and fast. Said not to be fond of humans and likes to steal from them.

Ircingsiik- are said to be covered in hair and the most commonly seen.

Egacuayaaq- they disguise themselves to look taller, can also make themselves look like other creatures and even humans. They are known as "tricksters."

Ircenrraat- common in Western Alaska from Yup'ik tradition and said to live in Pilcher Mountain, these mischievous "little people" like to abduct people, not unlike UFO experiences.

Fact: Of all the strange creature sightings we receive at IOPIA, Little People are one of the most commonly reported.

Living Monsters of the Past

Dinosaurs still alive? Yes, we do rarely get reports of living creatures of the past!

All information herein belongs to IOPIA, copyright 2019. You may not use or distribute material, data, information or media in any manner or form without written permission from copyright owners.

Oops! This site has expired.

If you are the site owner, please renew your premium subscription or contact support.